Centuries before White Ladies began selling our souls to Whiteness we were fighting our living death in Patriarchy, in our own communities and in our own homes.

The witch hunts of Europe spanned 15th-18th Centuries and targeted at least tens of thousands of women* and men and even children (some estimates reach into the millions). While the Roman Catholic Church was defending its political and economic base in the midst of the Protestant Reformation, the social purging of those accused of witchcraft was something both Christian sects enthusiastically agreed on. Rooting out evil, the witch became the criminal of the day, a convenient scapegoat whose tortures, trials, and burnings fueled religious, political, and social institutions. Priests and ministers were back in demand, called in desperation to exorcise the demons. New courts were established, expert judges and attorneys were required to legitimize fear and its antidote – law and order.** Mayors and other leaders vowed to purify their towns, platforming off of the fear, suspicion, and subsequent hatred.

Neighbors testified against neighbors, against the very women who had served as midwives at their births.*** We told on each other. We took our unchecked personal vendettas straight to the ears of those who could do us harm. We whispered our dissatisfactions and accusations and they traveled. The negativity and rumors repeated and mutated, feeding into the hands of the men in power, who inflicted institutionalized terror in God’s name and then washed their hands of any responsibility. Some of the dead were buried. Others burned.

This is our history too.

In The Witch in the Western Imagination, Lyndal Roper describes how one common person accused of witchcraft made the mistake of marrying into royalty. Agnes, the wife of the Duke of Bavaria, was ultimately drowned by her father-in-law in order to keep a class structure in place. Her marriage dared to assert “that the honor of the citizen town dweller as equal to that of the nobel.” Gold digger! This violent enforcement of class divide an inspirational predecessor to anti-miscegynation laws soon to come in the colonies of North America?

His & Hers, by Amanda K Gross

And this projected envy appears thematically throughout this gruesome history. Roper writes, “The theme of envy emerges time and time again in witchcraft… [the symbol of the witch] could represent Envy, evoke the evils of feminine allure, horrify with her murderous violence against children and kin…”. Neighbors told on neighbors. Friends insinuated about former friends. Children outed parents. And while we know European society in general was not all about raising women up in equality, as a collective group we played right into their hands. It was the betrayal we did to each other and ultimately to ourselves that gave the enemy their proof. It is the betrayal to ourselves and to each other today that keeps the web of White Supremacist Capitalist Patriarchy strong.

We still do this all the time. We gravitate to the witch hunt, a toxic coping mechanism to purge ourselves of imperfection, wrongdoing, and responsibility. We project envy onto others and fuel our own fear. They must want what we have. As long as the enemy is The Other then it can’t be us. Except, this world is set up so that we are an other. White women have been bought off by whiteness so that we no longer think we are The Other. We have fooled ourselves into believing that our right to play the whiteness game protects us from misogyny, that the material benefits of a home security system in a “safe” neighborhood will protect us from the rape culture within, that the intellectual benefits of academic degrees and selling our minds for profit is superior to selling our bodies to survive. 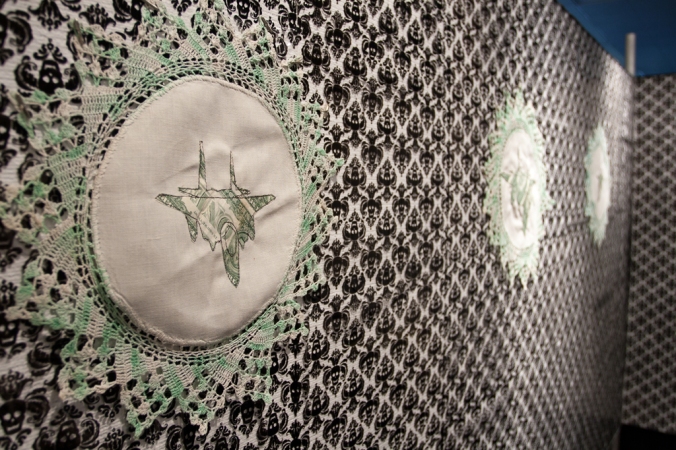 But deep down, under the veil of whiteness, these systems are not for us either. They never were. A lineage that stems from the great Patriarch Abraham, we learned to hate ourselves even before in the Garden of Eden. Our creation story punishes our innate yearning for knowledge. The knowledge of ourselves. The knowledge of the feminine divine. When we know that we too are holy, that we are holy just because we are, then we will no longer consent to our own harm. When we have a sense of our own life-affirming power, we will no longer need to feed off of the power frenzy of the witch hunt. When we love and affirm ourselves, we will stop wasting our energy disorganizing against ourselves and begin organizing for our humanity and collective liberation.

Perhaps most powerful are Roper’s words on “the witch as a symbolic necessity.” In these European political systems built on Patriarchy, “women’s political action proved conclusive that order was overturned.” Which begs the question, what is the order that we are willing to overturn?

*Approximately 3/4ths of those accused of witchcraft were women and were largely accused of crimes against human and agriculture fertility.

**Roper writes that attorneys began to make “a fortune in legal consultations…” and established a lucrative system in “housing and feeding the children, and paying guards to watch over them.” The roots of our U.S. juvenile justice system are not so difficult to trace.

***As Roper writes, “…themes of witches causing miscarriages were ironic as witches [as midwives] were often responsible for the health of pregnancy and birth.”  The control of labor here takes on multiple layers of meaning.

✍🏻 FROM THE BLOG: How Does Whiteness Separate Us From God? by Cole Parke-West.
More than a blog, Mistress Syndrome is also a book in progress! 📖
Amanda has been featured on the @mennonitesusa blog! 💫
Register for @wheat_institute’s Rivers of Solidarity Certificate! ✨ Contact them at info@wheatinstitute.com if you’re interested in joining their inaugural cohort.